Trauma and Intrusive Memories: Understanding the Neuroscience of Flashbacks

Summary: At some point in their lives, many people have faced a trauma. The symptoms of Post-Traumatic Stress Disorder can be quite debilitating and the effects it has on memory have not yet properly been understood. In this article, Alexandra Badaoui explores the brain areas implicated in the memory distrubances observed in trauma patients. The potential cause of flashbacks is finally explained.

Introduction: Responses to trauma, from healthy coping to intrusive memories

During our lifetime, many of us will face one or more potentially traumatic events, such as violence or life-threatening occurrences, a natural disaster, or the death of a loved one. Whilst many will not show any distress after the trauma, some will go on to experience prolonged trauma-related symptoms that can interfere with their ability to cope with their emotions and daily tasks.

Following a trauma, one of the primary symptoms an individual might experience is vivid distressing images of the event that involuntarily enter their mind. These vivid images, often referred to as flashbacks or intrusions, can lead to persistent suffering and a diagnosis of Post-Traumatic Stress Disorder (PTSD). A second symptom is the fragmented recall of a traumatic event. It is often difficult for individuals to recall the trauma in a coherent story. For example, someone who experienced a traumatic car crash would not be able to accurately describe what was happening before the event, and other “background” details like the color of the car that crashed into them or the number of people that rushed to help. Therefore, understanding how these memory disturbances develop and persist is important in supporting how current treatments help patients. To date, little is known about the mechanisms behind these memory disturbances. A study by researchers at UCL set out to try and uncover how experiencing a negative event affects brain areas involved in memory to lead to intrusive memories and fragmented recall.

In this study, healthy volunteers were put inside an fMRI scanner which measures changes in brain activity. When in the scanner, the volunteers were shown pairs of pictures that could either be neutral (eg. a man playing chess) or negative in emotion (eg. an injured man). After seeing many pairs of pictures, their memory was tested by showing one picture from a pair and asking them to remember the other picture that was paired with it.

The researchers were specifically interested in differences in brain activity when a negative picture was shown and how these changes relate to memory. The main result identified two critical brain areas that seemed to be altered in opposing ways when encoding and retrieving the negative pictures.

One brain area that was more active in the presence of negative images was the amygdala, a small almond shaped structure that plays an essential role in threat and memory. Past research has shown that the amygdala is important for processing environmental threats and responds by mobilizing us to react. The researchers propose that the amygdala is involved in strengthening the negative content of events. For example, the sound of the breaks during a car crash, or the sight of blood. 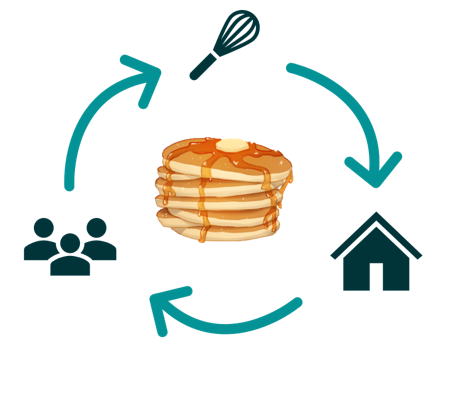 Moreover, a brain area found to have reduced activity in the presence of negative images was the hippocampus which plays a role in storing new memories. For example, think of what you had for breakfast, what was the context; where were you, who was with you, and what kitchen utensils did you use? The hippocampus helps tie all these individual pieces of information together to form one coherent event and stores it in memory3. Later, when you remember that event you remember all the individual pieces at once as one single event within its context. In this study, the hippocampus was less active meaning that the normal process that integrates contextual information in memory was disrupted in the presence of negative content.

What does it mean?

The researchers propose that for traumatic events, the decreased activity in the hippocampus could explain fragmented recall, specifically why it is difficult to properly remember different aspects of the event that put it into context. For example, remembering where the trauma happened or the order in which the event evolved over time. On the other hand, the increased activity in the amygdala strengthens memory specifically for the threatening negative content. Taking this all together, increased amygdala activity might result in strengthened memory for threatening images, and decreased hippocampal activity may result in these images being re-experienced “out of context”. This imbalance may be why intrusions spontaneously enter a person’s mind, and why the content is especially distressing and missing contextual information ultimately leading to fragmented recall.

Why is this important?

Understanding which brain areas are involved in memory disturbances builds a clearer picture of how individuals might be vulnerable to developing PTSD. This puts professionals in a better position to help those at risk by enabling the design of more effective treatments.

For example, therapy focused on strengthening contextual information for the event could reduce intrusive memories and improve recall. This is supported by the efficacy of current psychotherapies where patients complete a trauma narrative recalling as much information as possible about the trauma. Through repeated re-telling of the narrative, the fear associated with the trauma is reduced and contextual information is integrated. This process may be responsible for restoring the imbalance in the memory system, ultimately resolving the memory disturbances related to the trauma.

Since it is unethical (for obvious reasons) to traumatize people, this study focused on healthy volunteers who were shown negative images in an attempt to simulate experiencing a real traumatic event. Future studies can focus on examining whether these same changes in brain activity exist in patients who have PTSD. This can provide valuable information to build on the findings of this study. Overall, understanding how symptoms of mental disorders come to occur holds the key to understanding how current treatments work and improving their quality.

Help support them by giving out some donation! Or contact them for more information!

You read a helpful article? Support its author with a microdonation!

Disruptions in autobiographical memory in depression and the emergence of memory therapeutics.

Can religion/spirituality save you from becoming depressed?